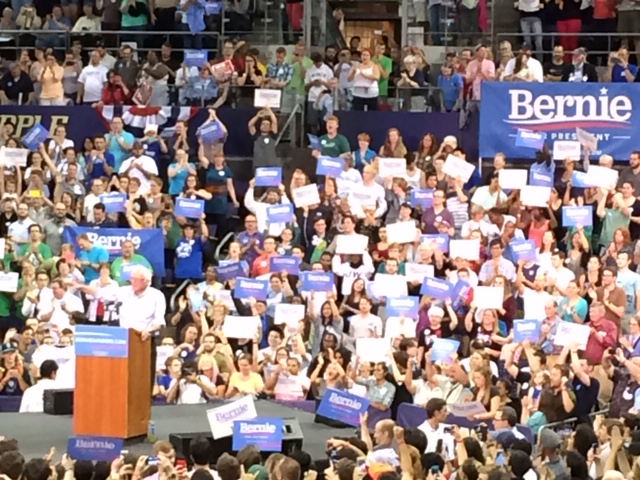 The arc of history bends toward justice, said Bernie as he bowed out of the presidential race
this week. The fight for justice galvanized his followers: the young, the working class, the low-
income people, the small donors, the 99 percenters, and the rest, who were all enthusiastically
energized. His message resonated. His passion to fight the unchecked power of unethical
corporations was loud and clear.

A month ago, New York Times columnist Frank Bruni, in an editorial entitled, “Sanders Has
Already Won the Primary,” said it all. While Bernie would not secure the presidential
candidacy, he asserted, he had nonetheless changed the playing field for the Democrats. All of
the Democratic candidates sharing the stage with him were forced to lean to the left, where the
party’s values reside. Bernie’s honesty, his integrity, his courage . . . will not be forgotten. The
full scope of his influence is still unfolding, but the importance of his legacy is undeniable.

We all empathize with Bernie’s difficult decision to suspend his campaign. Here again, he is a
patriot. He has put his country ahead of his personal conviction that he could be its next
leader. It is now up to us Democrats to do something for Bernie. We need to unite. We need
to engage. We need to step up and perform our civic duty. We need to elect a whole ton of
Democrats. When we do, and when the country is stabilized, equalized, healthy and has a
sustainable platform, a medal of honor should be bestowed upon the honorable Senator Bernie
Sanders.

Meanwhile there is work to be done.  We are all Democrats and we are all in this together.