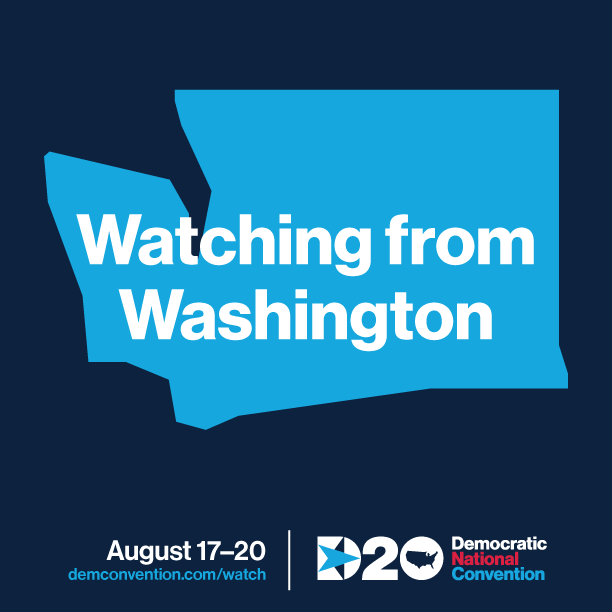 From the Keynote Address shared by 17 young rising stars of the Party, to the Roll Call of the States, featuring our state's own Representative My-Linh Thai of the 41st LD, with moving testimonials of Joe Biden's leadership and decency, to Dr. Jill Biden's fabulous closing address, Day Two of our virtual convention was uplifting and hopeful.

“When this president goes overseas, it’s a blooper reel."

“I fell in love with a man and two little boys standing in the wreckage of unthinkable loss.  How do you make a broken family whole?

The same way you make a nation whole: with love and understanding, and with small acts of kindness. With bravery, with unwavering faith.”

Day Three of the 2020 Democratic National Convention:  It's Kamala Time!

For all schedules, links and all things Democratic National Convention:  https://www.demconvention.com/

We are getting ready for Wednesday night – the third night of the Democratic National Convention - where we’ll hear from our Vice Presidential Nominee and the accomplished leaders who admire and support her candidacy.

We will also listen to Senator Kamala Harris speak, as she accepts the nomination for Vice President of the United States of America and makes history. 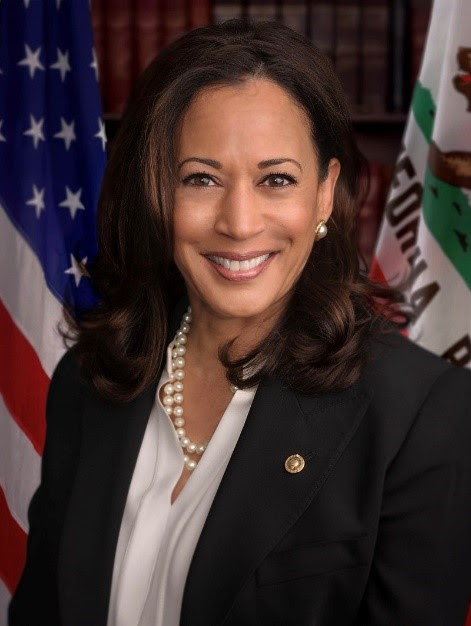 America is on the cusp of finally tapping into the deep well of accomplished women for national leadership.  The diverse array of exceptionally qualified women considered for the vice presidency this presidential election cycle was truly impressive.

These are women whose primary concern is about the common good, the common effort, the commonwealth and just plain common decency. The display of integrity was truly refreshing in these bleak times.

But only one would be selected for the vice presidential position, and that one was Senator Kamala Harris of California.

Many powerful Democrats are using phrases like "being joyful" about this selection.  Even those who were in the running are united behind Senator Harris.   A brief look at her professional career reveals an exceedingly competent and principled individual.  As an example, in 2012, as the California Attorney General, she entered negotiations for damages with five major US banks accused of illegally foreclosing on homeowners.  The banks offered up to $4 billion, she said “no”, and walked out. Later, under her efforts the banks settled for$18 billion!

As a US Senator, she once made then US Attorney General Jeff Sessions say that her questions “made me nervous”.  In 2020, during the presidential impeachment trial she asked if the US “has one justice system for all?”  Will the president be held accountable, she asked, for his actions or is he above it all; will we live in a country where we “…finally live up to the principle: ‘ Equal Justice Under Law’ ”

She is an extraordinary vice presidential candidate.

Obviously, America has not been made great again during the last four years. It has been degraded. "Happy Days" are not quite here again. But with the hope of an experienced president and an articulate, intelligent, and powerful vice president occupying the White House, capable of grasping the true nature of the difficulties facing the nation and implementing bold new solutions, the nation will have hope for a steady and equitable recovery.

Kamala Harris was born in Oakland, California, one of the ring of cities on the shores of San Francisco Bay.  She started her legal career as a public defender, and was elected to two statewide offices in the most populous state in the Union - Attorney General and US Senator.

We out here on the west coast, where she is from, raise our fist and say "YES!"

The big show starts again tonight at 6 PM Pacific, and you won’t want to miss all of these folks - go here for the complete schedule, and all the various meetings and events you can attend as well! https://www.demconvention.com

During the day on Wednesday - consider joining Democrats from all over the nation in observing the Caucus meetings.  Wednesday's lineup of caucuses includes:  Hispanic, Labor, AAPI, Black, Interfaith, Ethnic, and  Women's

Some caucus meetings start as early as 9am Pacific, so check the schedule above for the day's events and links.

Join us on Wednesday, August 19 from 6-8 pm Pacific Time for the third night of the 2020 Democratic National Convention.

As always, feel free to email us at [email protected] if you have questions or suggestions!

We urge you to make a plan to join us for the Democratic National Convention this week!